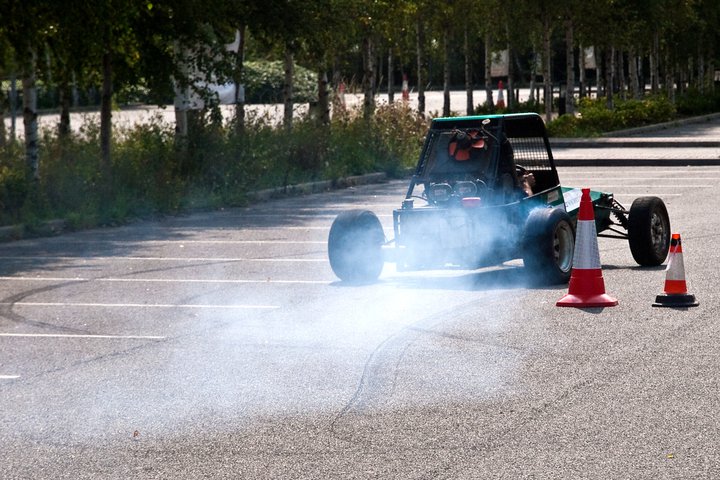 But with a Twist….

Two things will be different at this event, firstly once everyone had completed 3 runs we will either change the course or run it in the opposite direction for the remaining 3 runs. Secondly the final results will be based on the total time of all 6 runs combined together, so consistency is key throughout the day!

Membership runs from AGM-AGM so while we are happy to take 2016 membership subscriptions, your 2015 membership still stands.

Finally our AGM / Awards evening has been set for Saturday the 5th March at the Chequers in Rookley. There will be a 2 course carvery meal as per last year, which can be paid for in advance under the payments tab on the website or at the event on Saturday!

See you next Sunday!

Next Sunday 29th November see’s us returning to the council car park on Fort street Sandown (adjacent to the old Bogeys night club).

Our final round of the 2015 season will decide who’s crowned the Sealed Surface 2015 champion, its extremely close at the top of the leader board!

Sign on will be open from 9am, closing at 9:30, drivers briefing 9:30 and first car away at 10am! If trailering to the event please arrive in good time to unload and move your trailer as directed on the day.

Finally we have a table booked for 40 people at the Bargeman’s on Saturday the 12th December 7:30pm, there are about 20 places left so if you want to come for the meal please let me know. No Deposit required, and we will just order off the menu on the night.

The MSA (Motor Sports Association) has unfortunately said that we are no longer allowed to offer day membership to competitors at our events. From now on only full members can compete at car club events, this comes as a bit of a blow so near the end of the season, however, with 4 more events left, it is still more cost effective to become a full member to compete in the remaining events – also the forthcoming Healey weekend has only ever been available to competitors with a full membership.

If you are a day member who has competed at an event this season we can upgrade your membership for £17.

Otherwise you can apply for full membership on line on the payment tab.

There will not be a replacement for the cancelled Pump lane USS event so Atherfield this Sunday the 11th will be the last USS event of 2015.

After a rather wet visit to Haslett Farm last month, the Isle of Wight Car Club competitors were pleased to be greeted by a far drier and less muddy course last weekend. The course proved to be one of the fastest unsealed surface events of the year so far, much to the delight of the drivers.

Dan Morgan thrived on the layout, which was substantially altered between rounds, and took victory in his Subaru Impreza with a time of 61.89 seconds. However, he was far from unchallenged, as Chris Wilson delivered his best performance of the year in his single seater Special, coming second overall and first in Class Five in the process. Wilson’s machine had broken earlier in the day while Andy Williams was behind the wheel, but this did not stop Chris from setting a 62.98 on his fourth run. Unfortunately, he was unable to set a faster time in his last two runs, losing his best chance of a win so far this season.
Ryan Munt came third overall in his rally-prepped Impreza, followed by Adam and Ben Morgan, who finished fourth and fifth respectively in their Subaru which they also share with their brother Dan.

Steve Brett came home ninth overall to take Class Three honours in his Mini, while Dean Long took Class Two victory in his Mazda MX5. Class One made a welcome return with Ricky Sheppard winning in his newly bought £80 Rover, while Vicky Cox was the fastest lady of the day by a mere three one hundredths of a second after Jill Broomfield almost stole the win on her final run of the day.
There was drama late in the day as Steve Glass rolled his Suzuki Swift on his final run. Fortunately, he was unharmed, even announcing that he ‘saw it coming’ to a nearby marshal in the immediate aftermath of the incident. Round 7 this coming weekend is now being held at a brand new venue – Haslett Farm, Sandy Lane near Shorwell

This is a large stubble feild reported to be smoother than Atherfield. Round 5 of the Isle of Wight car clubs forward only auto tests took part at Atherfield on Sunday.

This was also round 2 of their unsealed surface championship, the venue at Atherfeild is always popular due to it being a large flat open field. This allows competitors to use normal road going cars without the fear of damaging them.
Competitors are divided into classes depending on what type of car they decide to drive on the day, these range from unmodified under 1400cc cars in class 1 to space frame single seater buggys in class 5.

However, drivers with four wheel drive and knobbly tyres (class 4) held a distinct advantage over their 2 wheel driver competitors as even short grass offers little traction to cars on road tyres. 6 of the top 10 fastest cars on the day were 4wd Subaru Impeza’s – the exception to the rule was Chris Wilson in his class 5 special who came 4th, Steve Brett in his class 3 classic mini in 8th and Wayne Hole class 4 and Dean long class 2in their MX-5’s who came 9th and 10th respectively, proving that every day cars can still be competitive.

Motorsport is one of only a few sports were ladies and gentleman compete against each other side by side in the same arena, The isle of Wight Car Club is no exception, Zoe Henry, Sue Mitchell, Jill Broomfield, Marion Brett and Vicky Cox all showing that it’s not just a man’s game with Vicky driving her peugeot 205 to 15th place overall.

Everyone on the day were so pleased to see Adam take his first ever win and look forward to seeing this sibling rivalry develop over the rest of the season.

If you wish to take part in a future event, all you need is a valid driving licence, a crash helmet and a car.

Just a reminder we’re making our 2015 debut at the Isle of Wight College this coming Sunday the 12th for Round 6 of the calendar!

Usual rules apply; sign on closes at 9:30 sharp so please arrive with enough time to unload, leaving your car unlocked and available for scruitineering.

Finally it’s been noticed litter is being left at our events. Can I ask that we all work together to ensure those attending our events respect the venues so we can keep using them.

Hope to see you at the weekend

There will be BBQ’s supplied to cook your own food on.

Those wanting to drink can bring their own beer.

Daryl Turner has offered to supply music and DJ for us in the evening.

Camping will be available and a toilet block and facilities will all be made available at a cost of £3 per person. Those wishing to stay overnight may want to get there a bit earlier to erect tents etc before the treasure hunt (Anytime after 2pm)

Those not wishing or unable to participate in the treasure hunt can come just for the evening.

Partners and friends welcome, in addition to the BBQ and DJ there will be a Trampoline and bouncy castle.

Please can drivers ensure they drive sensibly to and from the venue, and respect the grounds when camping.

This Saturday see’s us back at St Georges Park Newport for Round 4 of the 2015 championship!

Anyone wishing to compete will need to arrive with time to prepare their car for scruitineering and be signed on by 9:30. First car away at 10am.

Please remember there is no spectator parking at the venue, anyone wishing to watch will need to park in Newport and walk down. Please do not park on the side of the road or in the lay by outside the grounds.

On 2nd of August we will be running a (Non championship) Gymkhana at BAE in Northwood. While giving our members the opportunity to try another discipline of Motorsport we hope to encourage some new faces to have a go at our events. We have invited “Stance Isle of wight” along who will be having a static meet at the same time, they expect to have anything up to 150 cars in attendance! IOWCC will be offering sign slightly later into the day in a bid to encourage some of their members and anyone else to have a go.

Further details around the structure of the day will be released shortly.