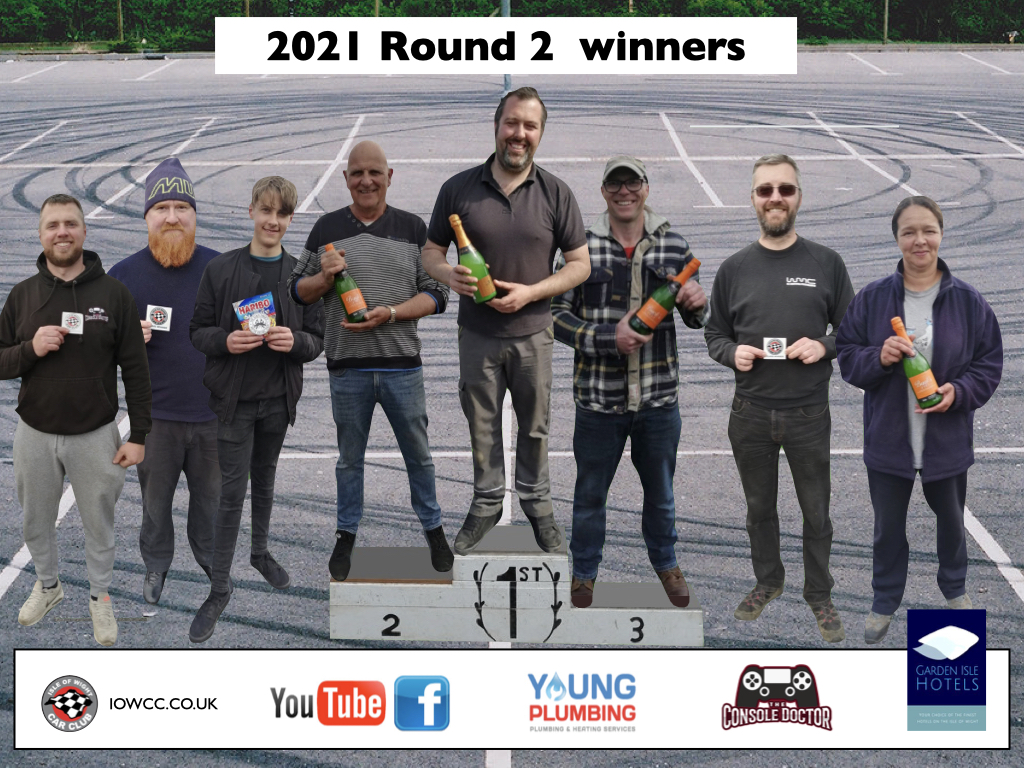 24 drivers competed in round 2 of the Isle of Wight Car Club’s forward only auto test held at the Isle of Wight College.
With rain forecast for the afternoon competitors were keen to get out and set a good time in their early runs. A map of the course had been sent to competitors to help them remember this twisty course that thread its way through the trees and curbs of the college car park.
Ryan Munt in his class 5 car put down a blistering time during his first run and stayed at the top of the leader board until the close of the day giving him the class and overall win. His fastest time was 1.01.48 over 7 seconds faster than the second place winner Andy Williams in his class 5 special.
Gordon Bushell in his Smart car took class 1 win. Kevin Richardson not only took the class 2 win in his standard MX5 he was also the 3rd fastest of the day putting him on the 3rd step of the podium. Class 3 went to Dave Goodwin in his classic mini and Jon Barrett driving his Subaru took class 4 honours.
Fastest lady of the day was Louise Wren in her class 4 Ford Puma and travelling to the island from the mainland to compete was Joel Gilby who took the title of fastest Youth of the day.
The IOWCC are encouraging 14 to 17 year olds to join the club and compete in the new Youth Championship series.
A member can drive at one of our events as young as 14 years of age, as long as they have a passenger with a drivers licence who is experienced in autotesting.
The car must be a production touring car (i.e. with back seats and a roof) under 2000cc.
Members as young as 12 years old can be a passenger with an experienced driver with a current driving licence.
In addition, all competitors and passengers must have a valid Motorsport UK RS clubman licence – this licence is free and can be applied for via the Motorsport UK website or at race control on the day.
The next event will be at BAE Northwood on the 13th of June. Head to the club website www.iowcc.co.uk to book your space now. Entries close at midnight on the 9th of June.
Class winners
Class.1 Gordon Bushell 1.17.94
Class.2 Kevin Richardson 1.10.02
Class.3 David Goodwin 1.11.11
Class.4 Jon Barrett 1.11.54
Class.5 Ryan Munt 1.01.48
Fastest lady Louise Wren 1.17.03
Fastest Youth Joel Gilby 1.34.37