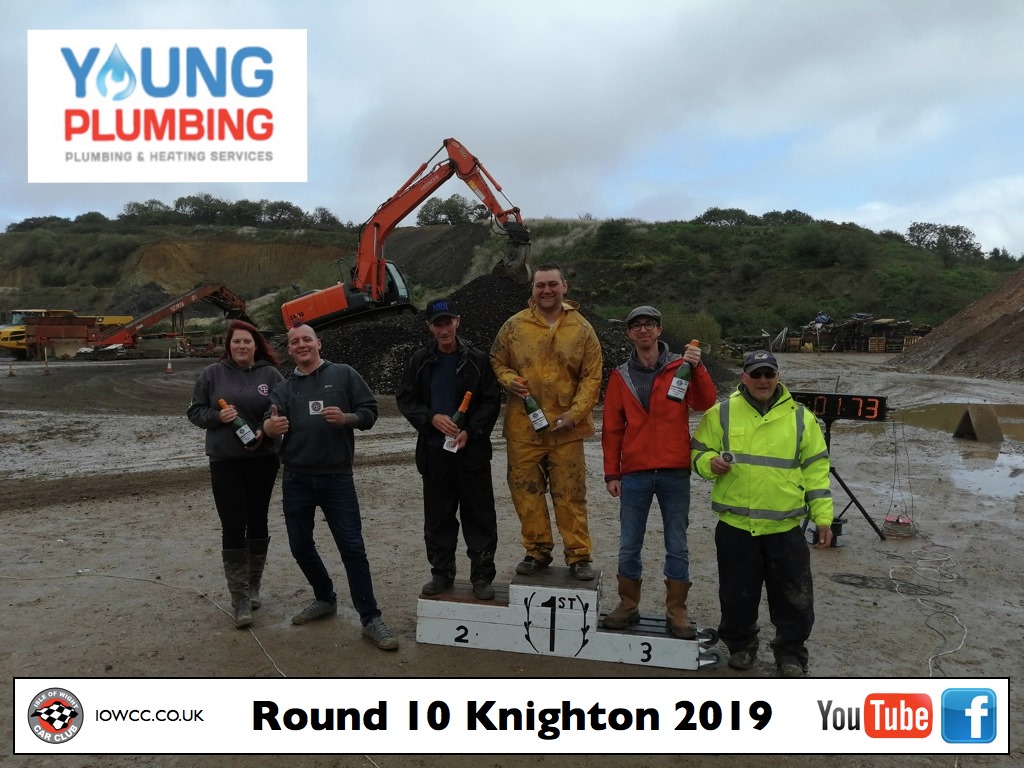 Round 10 of the isle of Wight Car Club calendar was based at Knighton Sand Pit, however due to heavy rain days before the event, the course looked more like a mud bath than a sand pit.
Not put off by a little mud, 12 competitors enjoyed a great day of club motorsport, threading their way through traffic cones, piles of rocks, and quarry excavators.
In round 1 Josh Finish posted the fastest time, however for the rest of the day struggled to stay at the sharp end of the leader board. Jon Barrett took advantage of the all wheel drive in his Subaru Impreza and was the fastest driver in round 2, but the Steve Brett in his light and nimble classic mini was the fastest drive in round 3. This was proving to be an entertaining mix of cars and drivers battling for the top spot.
In the class battle, Steve Glass was pushing his MGZR hard to keep up with Hannah Thompson and Ricky Sheppard in their shared Renault Clio. Ricky took the class win and Hannah was crowned the fastest lady of the day.
In class 2 Barry Richardson showed his son Kevin how it’s done by taking the class 2 victory.
Joe Moor was the fastest class 4 driver of the day and temporarily topped the leader board in round 6 but was knocked down to the second step by the drivers that followed him.
Steve Brett also has a chance of standing on the top step in round 6 but had to settle for the second step as Josh Finch in his final run put down a perfect lap to win the event.
This was a popular result with the crowed as this is the first time Josh has stood on the top step of the podium and well deserved it was.
The final unsealed surface event of the year will return to Knighton Sand Pit on the 13th of October, competitors and spectators are more than welcome. Please visit our website for more information.