Atherfield is a fantastic introduction for anyone wanting to dip their toe into driving on an unsealed surface. This slippery but safe grass venue always puts a smile on competitors’ and spectators’ faces alike. 19 competitors enjoyed a glorious sunny day and it was great to see some new members. Marion Brett threw down the gauntlet in round one with a time over a second faster than anyone else and she was set to have a great battle with the other ladies competing at this event. Louise Taggart in her Suzuki Swift, Laura Parry and Louise Wren in their Ford Fiesta and Hannah Thomson in her Clio are not only showing the lads how it is done but also demonstrating that motorsport is one of the few sports in the world where competitor are not decided by gender or age. At the end of the day it was Hannah Tomson who took the honour of being the fastest lady. Ricky Sheppard claimed the class one title. New member George McFarlane put in a great drive to win class two in his 4wd Cavalier. Steve Brett not only won class two but also finished 2nd overall and Josh Finch drove his single seater special to stand on the 3rd step of the podium and win class five in the process. But our event and class four winner was Jo Moore in his Subaru. Everyone agreed that driving on an unsealed surface can be amazing fun. The Isle of Wight Car Club’s next event is also another unsealed surface venue, this time at the very dramatic Knighton sand pit on the 29th of September. If you would like to participate in this event, please register your interest by telling a member of the club committee or via email or one of the club’s social media sites. Unfortunately, if there is little interest the event may be cancelled. So let’s make it happen. 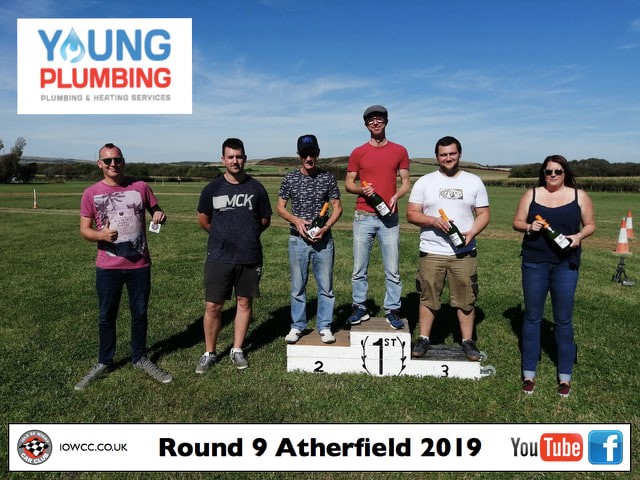